Aromatherapy is an holistic healing treatment that uses natural plant extracts to promote health and well-being. Aromatherapy uses aromatic essential oils medicinally to improve the health of the body, mind, and spirit. It enhances both physical and emotional health.

Medical doctors became more established in the 19th century and focused on using chemical drugs. However, the French and German doctors still recognised the role of natural botanicals in treating illness.

The term “aromatherapy” was coined by a French perfumer and chemist René-Maurice Gattefossé in a book he wrote on the topic that was published in 1937. He had previously discovered the healing potential of lavender in treating burns. The book discusses the use of essential oils in treating medical conditions. 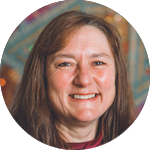